A world economy based on solidarity that connects, not divides

Future workshop on the subject of trade

How have South-North relations changed up to the year 2048 – and what does global trade look like in this vision? This question was investigated by a group of almost 20 thought leaders* from science, politics and social movements as part of our project “Future for all – fair. ecological. feasible”.

In 2048 there will be: Global Commons, administered by all for the benefit of all, a Council for Future Security, which will manage global resources democratically.

In 2048 there will no longer be: colonial inequality, free trade agreements.

Much fairer than today – this demand is at the forefront of the vision. In 2048, the colonial inequalities that have existed for decades will be balanced – material, financial, technical, ecological and ideological. Lifestyles will differ in different regions, but the standard of living or level of prosperity will be similar everywhere. The new south-north relationship and the overcoming of all colonial structures is the result of decades of struggles against capitalist privileges and colonial big business structures. Trade and trade policy were central to this – from the mid-2020s onwards they helped to compensate for the disadvantages of the global South. Compensation (for colonial and climate debt, among other things) was the prerequisite for trade based on partnership – this was not only financial (although this was also a major part), but also cultural (restitution of colonial looted goods) and political. Trade policy thus made an increasing contribution to aligning living standards worldwide – trade is politically regulated and designed in such a way that it brings structural advantages for economically disadvantaged trading partners.

World trade for the benefit of all

World trade is oriented towards the good of the whole world community through democratic institutions. These institutions lay down the rules of trade and are guided by democratically established guiding principles worldwide. Ecological, solidarity-based, socially just, not at the expense of others, subsidiary, and peace-building: this is how trade between regions should be, with the reproduction of life at its core.

In concrete terms, this means that in order to preserve the global commons such as the atmosphere, air, land, water, natural diversity, knowledge and much more, democratic institutions at all levels – from the neighbourhood to the global level – are geared to respecting planetary boundaries, human rights and human welfare. These institutions establish rules so that trade – especially long-distance trade – only takes place if it promotes these goals and does not undermine them. The basic principle here is subsidiarity – decisions should be taken at the lowest possible level by those who are affected by them and the economy should be organised as locally as possible.

The economy is democratically organised, everyone can get involved and can have a say. Instead of private companies, it is mainly cooperative organizations that trade – employee-controlled and managed companies, consumer and producer cooperatives, social and public enterprises, global networks of common administrative bodies, cooperatives, technical and scientific cooperatives, and many more. Private companies are only the exception, above a certain size they are no longer allowed because of their unfair effects. Above all, however, most people choose to work in cooperatives with more opportunities for co-determination.

All production units are democratically networked with each other – as a state of municipalities. Blocks of houses elect delegates for their neighbourhood, employees for their companies, and consumer and trade councils also elect representatives. They rotate and can be voted out of office at any time. They are networked with one another at various levels, from regional to global, and work in a grassroots democratic manner, also in accordance with the principle of subsidiarity. The economic units are integrated with each other across different areas of production and society, so that even complicated goods such as pacemakers, smart phones or solar ships can be produced by large production networks in a way that is based on the division of labour.

Companies operate cooperatively, ecologically and socially, and the cooperation between production and trading partners is based on long-term and personal contacts. Where prices play a role (not all production and trading networks work with prices), these are negotiated and reflect the social and ecological costs. However, trade takes place largely outside of markets. Instead of competition, which no longer plays a role in economic activity, the focus is on cooperation, exchange according to needs and capabilities, and democratic negotiation and planning processes.

In concrete terms, regulations direct trade towards the promotion of the common good. Companies may only trade over long distances under the following conditions:

In addition, there are clear ecological and social rules and sanction mechanisms as well as appropriate legal channels for those affected to take legal action. This means that economic activity oriented towards the common good – such as adherence to good labour protection standards – is no longer a barrier to trade (no “race to the bottom”), but a prerequisite for international trade with the highest – democratically established – standard. 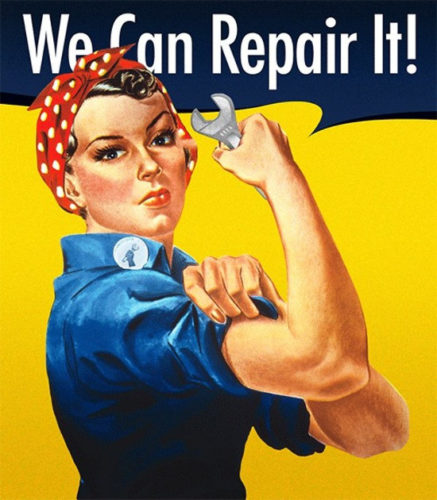 Environmentally harmful transport no longer exists – supra-regional trade now only takes place with solar and sailing ships and modern trains. The little air traffic that still exists is reserved exclusively for people. Because transport with wind and sun is more costly and slower, a lot of local and regional production and consumption takes place. As a result, far fewer goods and services are traded across the globe. There are no large wage or income disparities that could be exploited by international trade, nor are there tax advantages or unequal social and environmental legislation. Even if some initially see it as a limitation that some goods, such as certain fruits, are no longer available all year round, the focus is on the benefits – because the regional diversity of agricultural and other products has increased significantly.

Only those goods are now traded where it really makes sense and which directly promote the well-being of the trading partners and regions. Arms trade was already completely banned in 2025.

Most raw materials come from the recycling of earlier production – whereby technical and ecological cycles are strictly separated, technical raw materials are processed according to type and technically recycled, and ecological raw materials are returned to the ecological cycle. There are globally applicable product and recycling standards for this. The demand for raw materials has fallen sharply as a result of a sharp increase in raw material efficiency and less production. Whether further resources – such as metals required for batteries – are exploited will be decided in participatory processes, involving all stakeholders. The local communities affected by mining have a special say in this. They also play a decisive role in determining the conditions of extraction and trade with these raw materials, whereby these are almost always processed in the regions affected. The need for raw materials has thus been reduced to a minimum.

People no longer define themselves through consumption, gainful employment or status – competition, the logic of increase and growth no longer dominates life. The rediscovery of the self-evident has led to a focus on time, solidarity, creativity and shared responsibility. Work, beyond the pressure of efficiency, has become part of the wide range of activities that are necessary for life. The environment – including the other animals – has been absorbed into the “environment” and is taken for granted in all social decision-making processes. 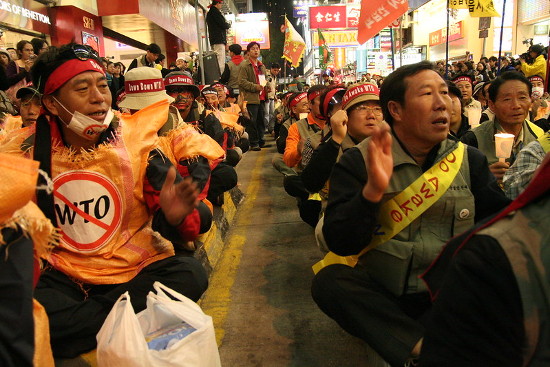 How do we get there?

The global transformation towards decolonial South-North relations and fair world trade did not happen overnight. But many small and major changes at different levels have fundamentally transformed the global economy.

Important were social movements from South and North, which reacted to the worsening crises and became increasingly transnational. Especially the climate justice movement, which gained strength in the 2020s, recognized the connection between climate catastrophe, market logic and economic growth. It therefore increasingly networked with communities in the global South, which fought not only against the consequences of the climate catastrophe, but also against the mining of raw materials and international free trade agreements. Increasingly, transnational corporations became the focus of political action: As part of a global campaign “Dismantle Corporate Power” (which spread from South Africa), increasing corporate lawsuits and worldwide strikes, first Shell, then other transnational corporations such as Bayer-Monsanto, were forced into bankruptcy. For parts of the car industry, the second diesel scandal and the subsequent – this time much more effective – wave of lawsuits became fatal.

A strengthened international trade union movement based on solidarity increasingly focused on working conditions in the South – and achieved the legal tightening of social regulations for corporations in some countries. The climate justice movement, on the other hand, was so successful with its struggles against fossil fuels that the transport of goods was largely decarbonised. This in turn led to transport becoming more expensive, unnecessary transport being avoided and the flow of goods becoming significantly deglobalized.

This also changed attitudes and discourses. Economic theory, which was oriented towards markets and free trade, was turned upside down. Increasingly, it was argued that markets only make sense if they serve the people and the environment. If not, then the economy should be organized cooperatively. Colonial exploitation, ecological destruction and human rights violations were made visible and criticized as a central source of “prosperity”. This led to an increasing delegitimization of the logic of property. International Monetary Fund (IMF), World Bank and World Trade Organization (WTO) were questioned and closed down. Decolonization of attitudes, organizations, education, corporate culture and the global economy became the goal of a broad majority.

An important turning point was the global economic crisis of 2028, triggered by the bursting of the carbon bubble: Speculation on future profits in fossil economic sectors could no longer be realized in view of the much too late but nevertheless effective climate protection measures. Social movements had prepared themselves well this time and put pressure on governments to combine rescue measures with a fundamental restructuring of the economy. All banks, insurance companies and businesses that needed state support were either completely socialized or oriented towards strong public welfare criteria.

In the years of this global economic crisis – which was much bigger than that of 2008 – many countries introduced socialization, fundamental changes in legislation and the establishment of trade structures based on solidarity from below. Many bankrupt companies were continued as cooperatives, targeted infrastructure loans for cooperative enterprises led to an explosion of the solidarity-based economy, and local supply communities made the exit from the market a tangible experience. More and more people are discovering that cooperation is a matter of course. Local experiences with community spirit also spread at the transnational level – for example, in 2030 a networking meeting of 20,000 initiatives from all over the world took place in Porto Allegre, which had transferred the principles of solidarity-based agriculture to other sectors and supra-regional trade.

Governments also played an important role in the transformation. Under pressure from social movements, however, they increasingly lost power to bodies emerging from below. For example, an association of coffee-producing countries enforced progressive trade rules, so that considerably less coffee was traded internationally, and only under maximum environmental and social criteria at significantly higher prices. The resulting general raw materials strike – supported first by the African Union, then by other countries in the South – led to a global democratic agreement that established a circular economy and fair trade in raw materials. In addition, a responding international institution was founded: The Council for Future Security, which since then has administered global resources as commons.


Matthias Schmelzer works in Konzeptwerk Neue Ökonomie on the project “Future for all – fair. ecological. feasible.”.

Participants of the Future Workshop:

Any cookies that may not be particularly necessary for the website to function and is used specifically to collect user personal data via analytics, ads, other embedded contents are termed as non-necessary cookies. It is mandatory to procure user consent prior to running these cookies on your website.